Laughing Heart connects you to a universal life force

Imagine you are the Great Wave of Hokusai. Then ponder the story below. Now write down your experience, share it if you like. What happens to stress or worries when you become your own Great Wave? 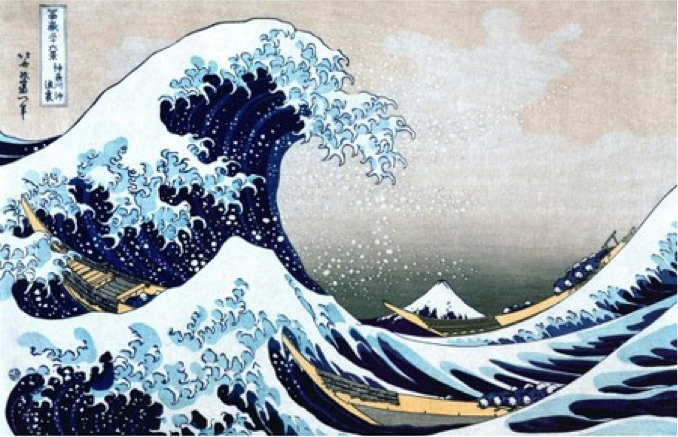 In the early days of the Meiji era there lived a well-known wrestler called O-nami, Great Waves. O-nami was immensely strong and knew the art of wrestling. In his private bouts he defeated even his teacher, but in public he was so bashful that his own pupils threw him.

O-nami felt he should go to a Zen master for help. Hakuju, a wandering teacher, was stopping in a little temple nearby, so O-nami went to see him and told him of his trouble. Great Waves is your name,’ the teacher advised,’ so stay in this temple tonight. Imagine that you are those billows. You are no longer a wrestler who is afraid. You are those huge waves sweeping everything before them, swallowing all in their path. Do this and you will be the greatest wrestler in the land.’

The teacher retired. O-nami sat in meditation trying to imagine himself as waves. He thought of many different things. Then gradually he turned more and more to the feelings of the waves. As the night advanced the waves became larger and larger. They swept away the flowers in their vases. Even the Buddha in the shrine was inundated. Before dawn the temple was nothing but the ebb and flow of an immense sea.

In the morning the teacher found O-nami meditating, a faint smile on his face. He patted the wrestlers shoulder. ‘Now nothing can disturb you.’ he said. ‘You are the waves. You will sweep everything before you.’ The same day O-nami entered the wrestling contests and won. After that, no one in Japan was able to defeat him.  (From Paul Reps, Zen Flesh, Zen Bones 1957)

The Many Great Waves off Kanagawa from Brian Handy on Vimeo.

There is an amazing practice from the Shaolin monks of China who discovered a root of power and vitality. It is called the “horse stance.” 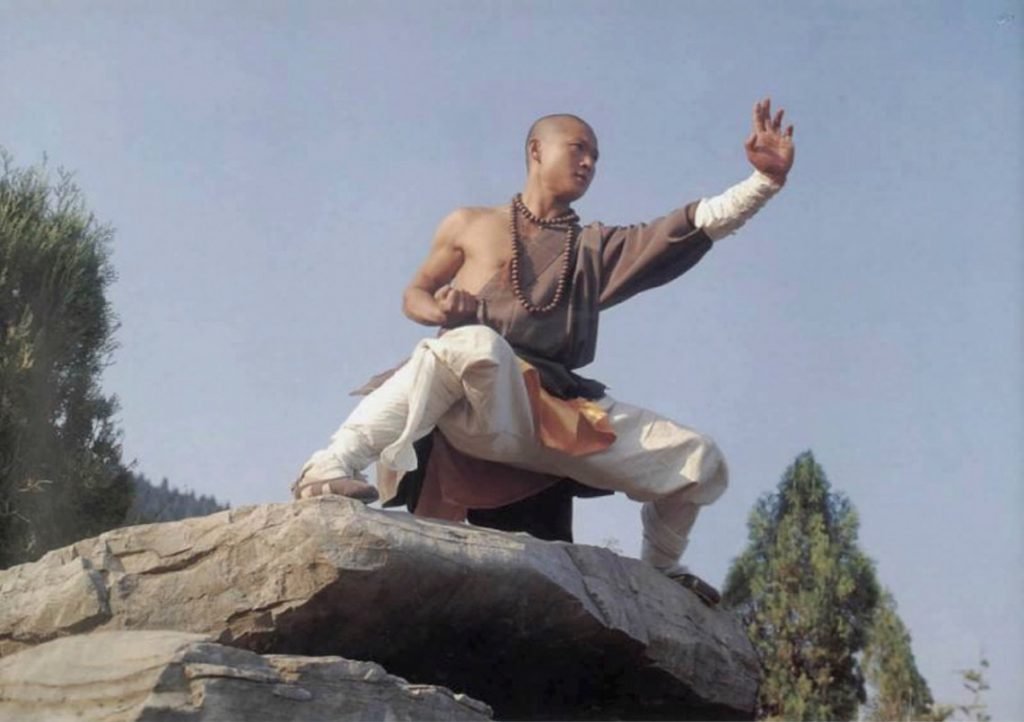 Aim to concentrate your power for 1- 5 minutes each day. There is an easy way to begin. First, concentrate your energy around your navel and simply lower down into a semi-squat that its comfortable for you, similar to the picture above.  Imagine you are holding a great beachball in front of you with both hands.  Now turn the palms of your extended hands to point towards your navel (in Chinese this power center is called the dantian). At the same time you can “drink” the power of the earth (qi) through the “spring of youth,” the arch of each foot. The rest is ecstasy.  See the following Q&A from grandmaster Wong Kiew Kit.

Merging with the Universe

A third exercise is to imagine yourself for a moment as the happy Buddha Hotei who wanders the world open to what it brings. You simply stretch your arms over your head as in the image or extend them outwards at about 55 degrees, and imagine that you are holding a Great Ball or a Great Bowl, and that you are collecting the finest and purest qi of the Universe. The qi descends on you like showers of apricot blossoms in spring time. In this state of delight you forget yourself and merge with the Universe. There are no more boundaries. 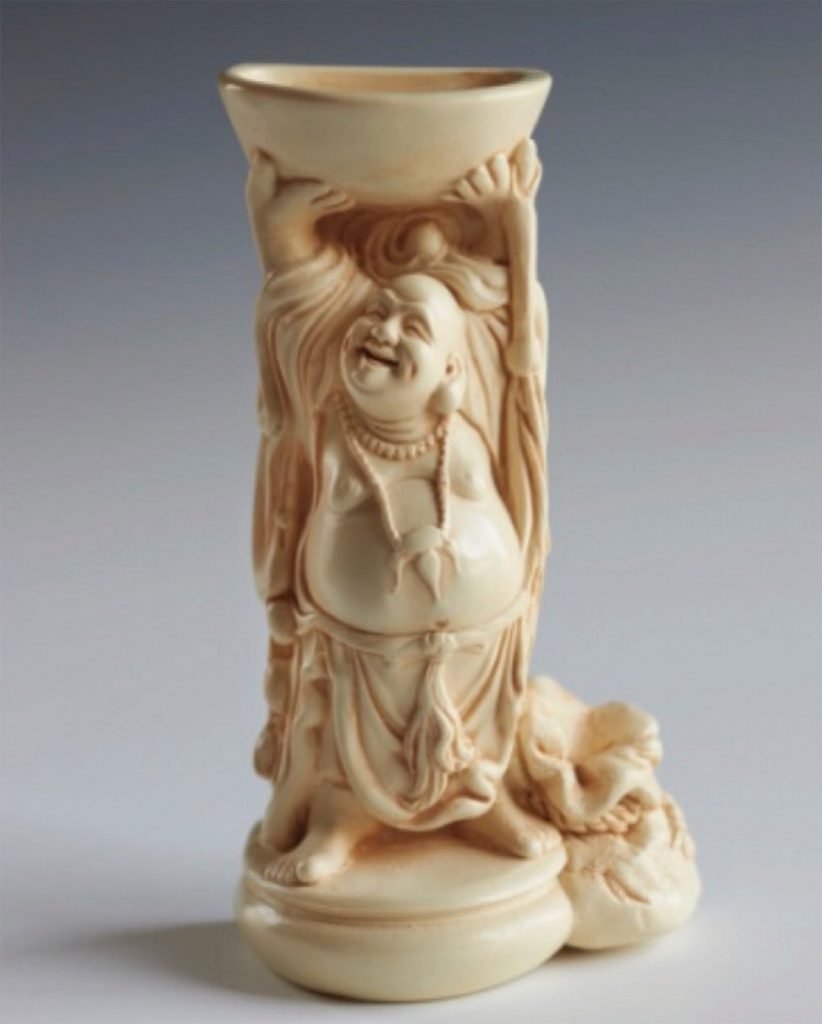 A Note on Physical Exercise

Just as Laughing Heart can be an elixir or tincture to add to what you love most to do, so also with your favorite exercise. Laughing heart is closely tied with “movement” both in its physical sense and metaphorically. There is ample evidence of the adverse effects of sitting, which causes the qi or life force to stagnate.  The 10 Essential Moves are directed toward cultivating life-nourishing qiand love on behalf of ourselves and our community. Try combining Laughing Heart with the  “horse stance” described in Move # 2 Finding Your Power. The horse stance demonstrates how powerfully the qi can move even when we are simply standing still.

When you practice Moves #1 and #2, you may begin to experience Beauty in surprising places, as you can explore in Move #3. 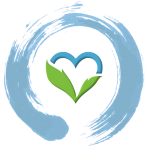