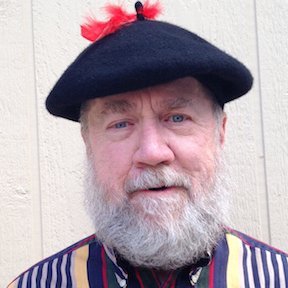 George Lindamood is a mathematician, author, and expert on the semiconductor industry. Now retired, he served for many years as an analyst at the National Bureau of Standards and a member of the Japan Industrial Policy Group, an inter-agency task force established during the Carter Administration. His most recent book is The Accidental Peacemaker (2012), available in paperback from Amazon, B&N, and traditional booksellers. www.accidentalpeacemaker.com

GL: Julian, first off Move # 3 recalls for me Annie Dillard’s Teaching a Stone to Talk. Are you familiar with this book? It was published in 1982.

JG: No, thanks so much for the reference. I am looking at some of links even as we speak. * Three points immediately come to mind. First, this genre is very much in tune with our inquiry and resonant with the core Gaia principles articulated so well in the writings of Stephen Harrod Buhner (Plant Intelligence and the Imaginal World, The Secret Teachings of Plants.) Second, there is a close—we call this “intertidal” connection of each of the 10 Essential Moves with one another, as for example Move # 3 Discovering Beauty and Move # 4, Connecting to Nature. Third, we might look a bit more deeply at Annie Dillard’s major premise: that talking to a tree involves “magical” thinking. Yes, and no. Yes, in the sense that everything can have a magical quality. No, in the sense that we are exploring in Laughing Heart and Big Heart Intelligence a different level of reality which is often referred to as “imaginal” as opposed to “imaginary” which has the sense of being opposed to logical or rational and therefore “unreal.”**

GL: Interesting. Here is another thread (following the Golden Thread exercise in the Practice Notes) where do you imagine is located the heart of a tree?

JG: Hm, very interesting question….George, you have created a koan! I suppose you might say the root system…

GL: No, that’s the brain. I would conjecture that the heart of a tree is everywhere, in every branch, every leaf, in the bark, as well as the roots, in the sap. In other words, the tree-heart is holographic; every part expresses the whole.!

JG: That’s a marvelous idea and certainly consistent with Stephen Harrod Buhner’s work, especially if we don’t reduce a tree simply to its physical identity. I am not certain what a plant biologist might say but let’s find out! (I did a rudimentary Internet check and one biologist seems to express the mainstream academic position: “Trees do not have a heart.” http://www.madsci.org/posts/archives/2004-10/1098227973.Bt.r.html)

JG: To continue, as you can readily see much of cultivating Laughing Heart is about a new way of deep listening, hearing, perceiving, and imagining. That’s what the Golden Thread and all the other Part I Experiencing Moves are about. And this more than “mindfulness” a very important practice, although I have issue with the idea of filling up the mind, when most of the exciting stuff comes to you by removing clutter….

GL: Yes, for me in my explorations it is about noticing what I am not noticing; often there is where the real “ah ha’s are! This practice stems directly from Vipassana yoga. https://en.wikipedia.org/wiki/Vipassan%C4%81

JG: Yes, Vipassana is very powerful and certainly one of the onramps to Laughing Heart.

GL: Here is an example of what we are discussing. I recently took a trip with Annette across the country, a kind of walk about as you and Angela are currently engaged in. And one day our travels took us to a place scarcely on the map, and certainly far, far off the beaten tourist track. It is called 10 Sleep Canyon. It is in the Little Big Horn. Had we not been paying attention to what we were not paying attention we might have passed right by. It was one of the most stunningly beautiful places we have ever visited. Here some images: 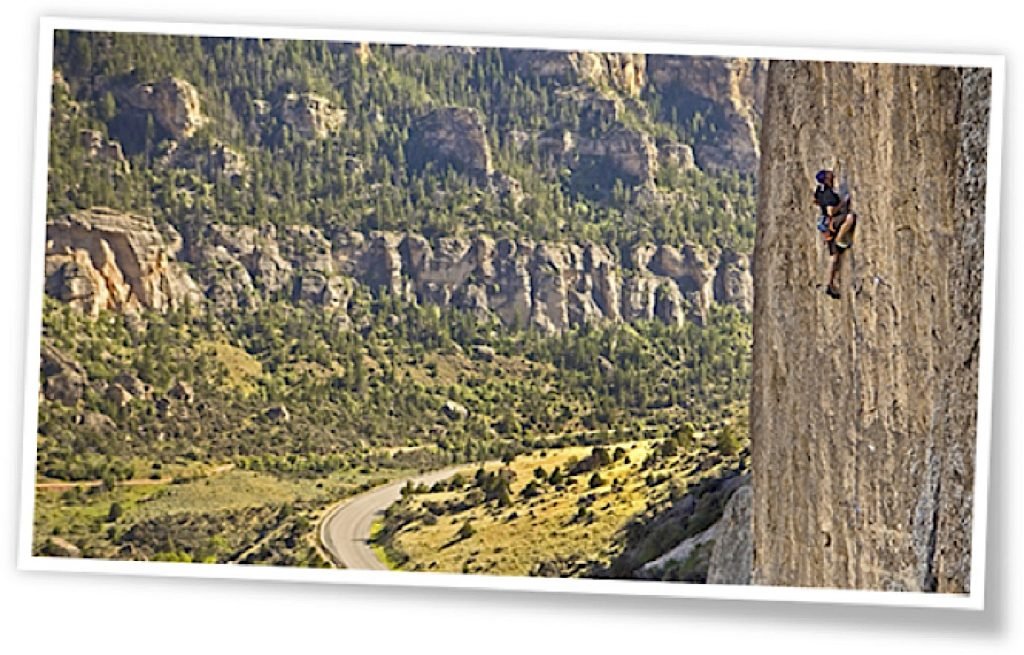 GL: I would like if I may to approach the subject of Discovering Beauty from another perspective especially as we are now discussing your Practice Move of expanding the ambit of the beautiful. You have been highlighting the important role of qi and love in this practice, in fact you suggest it is ultimately an energetic practice. What then is the difference between qi and love?

JG: I have asked this same question of Li Junfeng many times. His response is they are both forms of energy, but of the two love is far more powerful because it is intimately tied to heart. At times they intermingle and both are working together. This is the core of Laughing Heart and his Sheng Zhen teaching. (https://shengzhen.org/) But at other times they can become separated. You can have very powerful qi and misuse it as is sometimes the case with shadow players who have mastered some principles and powers of martial arts. The movie Karate Kid illustrates this point. The real power lies I believe in integrating qi and love with Heart, Brain, and Mind, as we are seeking to develop in Laughing Heart and Big Heart Intelligence.

GL: Your approach reminds me very much of Chapter 13 of St. Paul’s Second Epistle to the Corinthians: “Though I speak with the tongues of men and of angels, and have not charity, I am become as sounding brass, or a tinkling cymbal….”

JG: Exactly, here is a wonderful example of heart, love, and beauty come together and are as one. I love this passage.

GL: There is one additional reference I want to bring to your attention. It is a wonderful book by the NYU philosopher James P. Carse, and it is entitled, “Finite and Infinite Games.” *** A finite game is played to win; an infinite game is played for the sheer joy of the play. It is continuous and unfolding like life itself. It seems to me Laughing Heart is a form of infinite game. ****

JG: George, you have stated the essence of Laughing Heart perfectly. I am deeply grateful to you for this insight.

*  Teaching a Stone to Talk

** (GL)The idea that consciousness underlies everything, even stones, is being re-explored by modern physicists such as Amit Goswami and Ervin Laszlo. It has also been considered by various mystics, notably Richard Maurice Bucke in his 1901 book on Cosmic Consciousness.

**** For a direct example of how the spirit of infinite games can produce super-ordinary performance in finite games see Big Heart Intelligence in Sports.