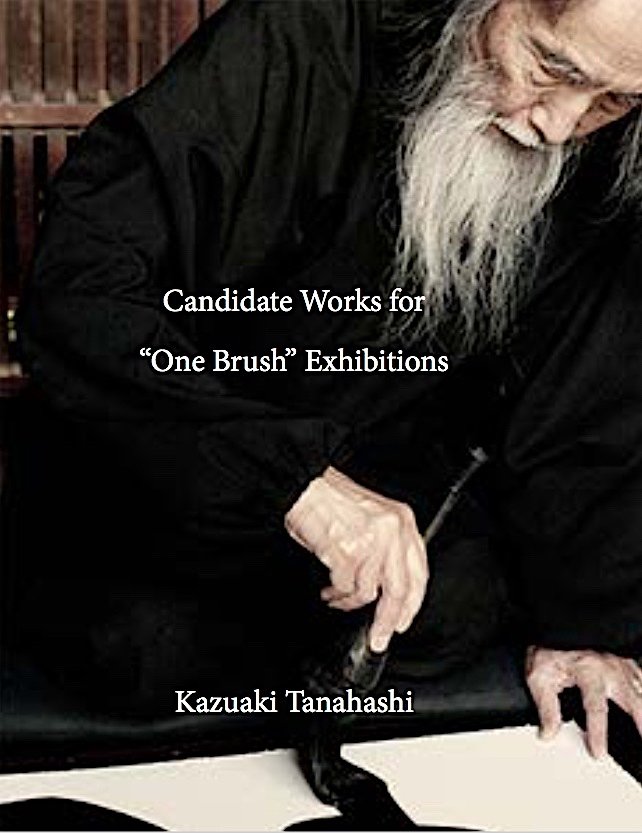 Kazuaki Tanahashi has been pioneering the genres of one-stroke painting, as well as multi-color East Asian calligraphy and Zen circles, exhibiting and teaching worldwide. As a Buddhist scholar, he has translated writings of Dogen, a great Zen master of thirteenth-century Japan. As a peace activist, he is director of A World Without Armies and a Fellow of World Academy of Art and Science. He was born in Japan in 1933 and has been active in U.S.A. since 1977. His publications include Brush Mind, Heart of the Brush: Splendor of East Asian Calligraphy, Moon in a Dewdrop: Writings of Zen Master Dogen, Penetrating Laughter: Hakuin’s Zen and Art, and The Heart Sutra: A Comprehensive Guide to the Classic of Mahayaha Buddhism.

“A vision of the future is drawn with our imagination, which may be seen as a brush that depicts dreams, hopes, and predictions for forthcoming as well as faraway days. You have a brush, and I have another. In fact, every one of us has a formless brush with boundless capacity. What you draw may be different from what I draw in color and shape, or in theme and tone. And yet, there must be similarities. It is humbling to realize that the “brush” that leads my thoughts and actions for social transformation is one of the millions and billions of “brushes” at work in the world.”

Excerpted with permission of the author from Kazuaki Tanahashi, Painting for Peace (Shambalha Spring, 2018) For more information: www.brushmind.net.

Interview # 1 “Creating with One Stroke”

Kaz has invented a new genre of painting he calls “One Stroke Creating.” He uses this art form to inspire compassionate activism for peace. 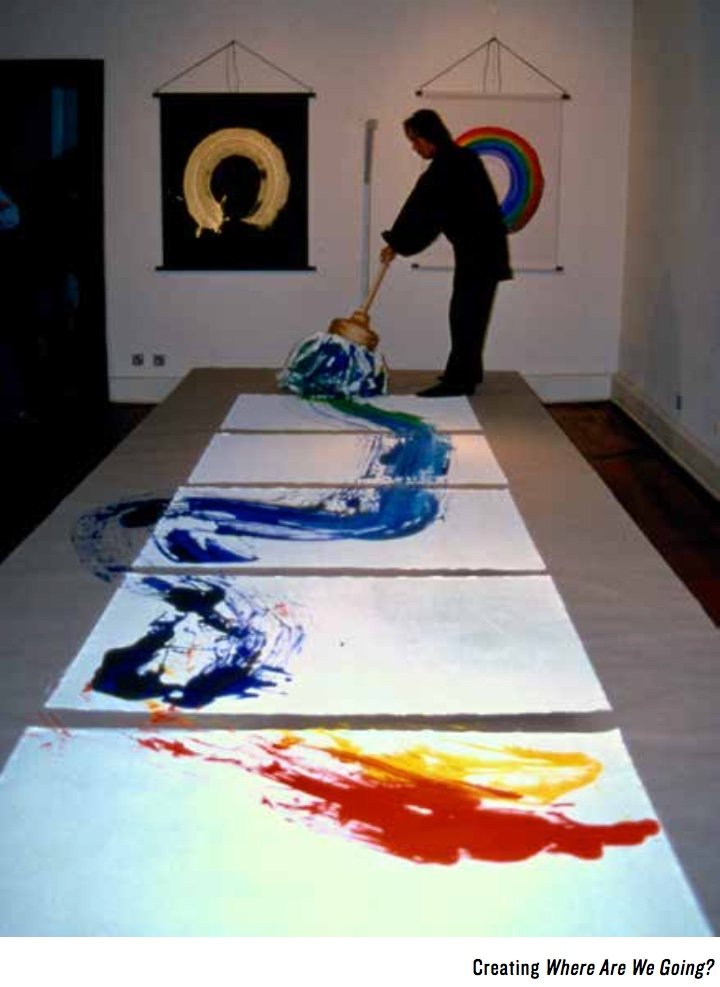 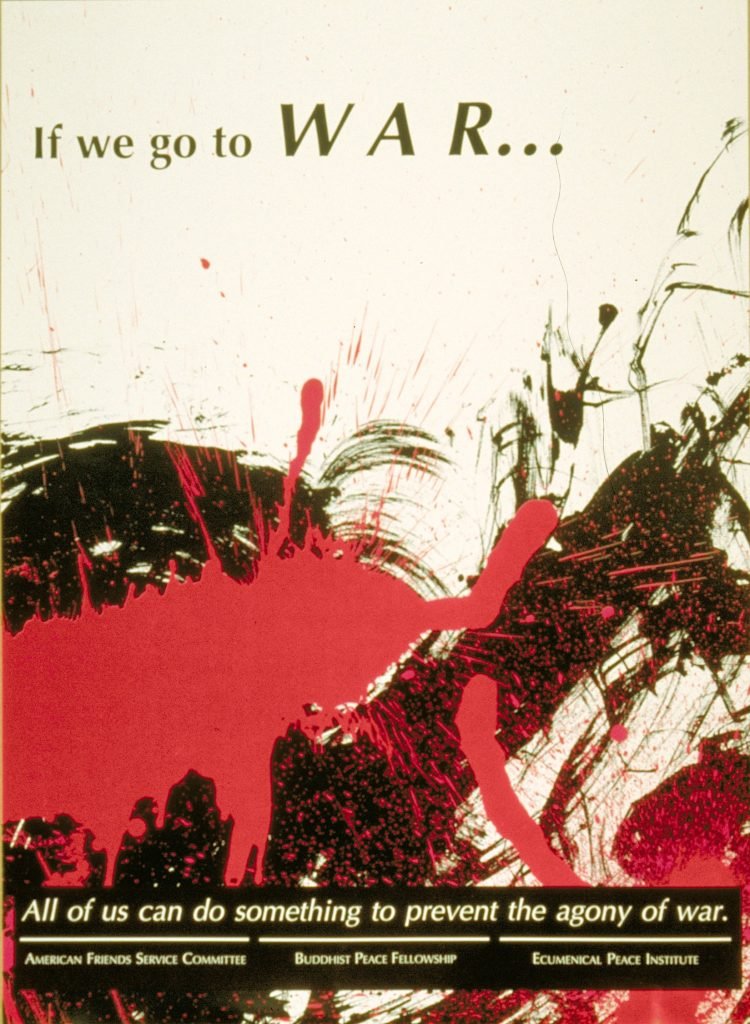 An enso is a unique Japanese art form cultivated by Zen masters to express completion yet imperfection in one stroke. An enso can be viewed as a passageway and an invitation to other states of consciousness. 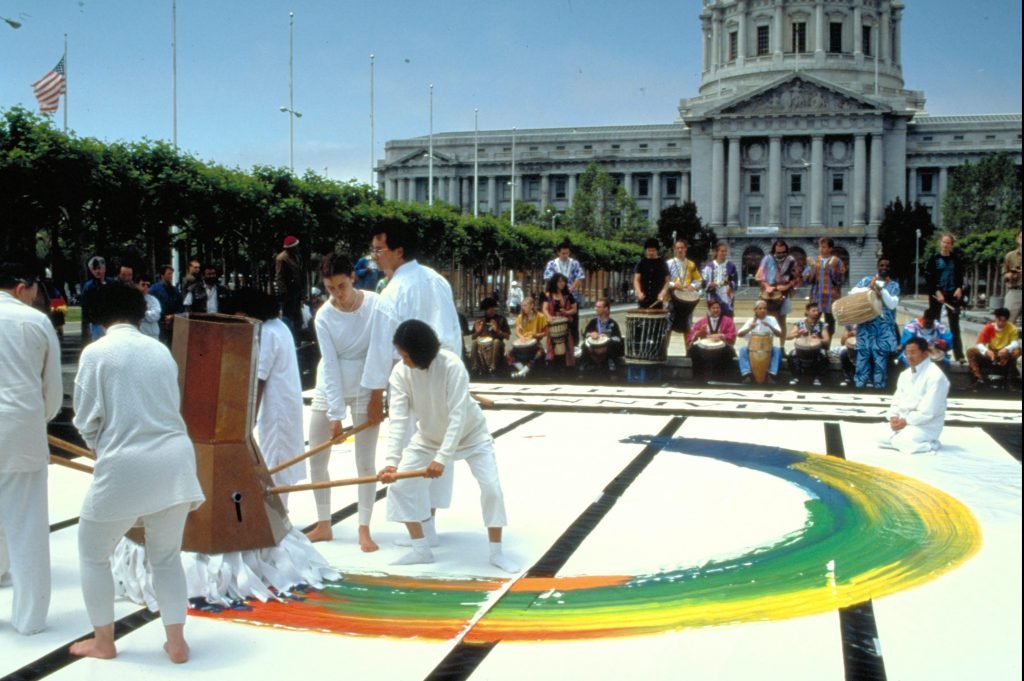 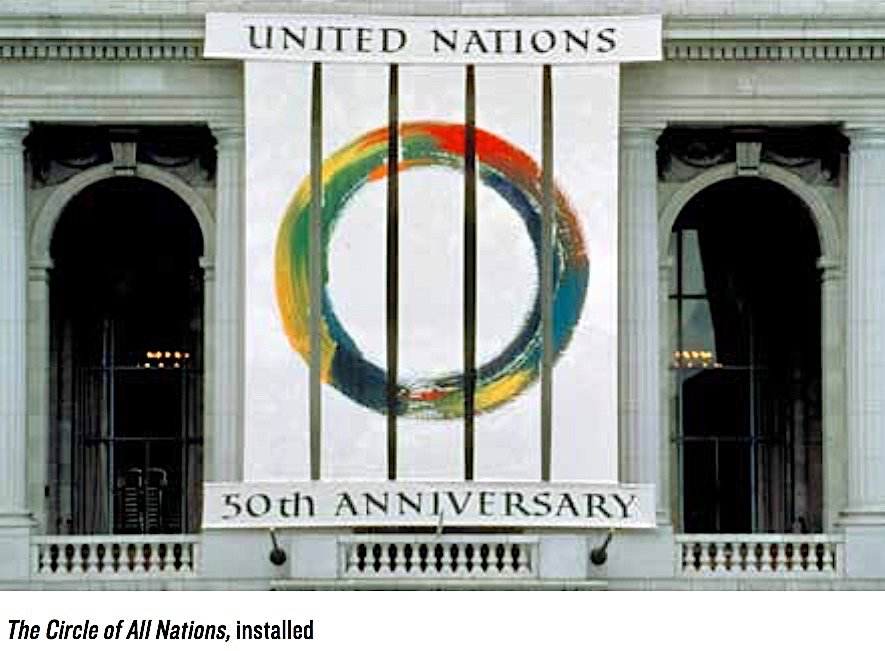 “Tenkan” or “shift” is a more incisive deeper idea than “breakthrough” which carries the connotation of violence.

Kaz conceives art as an emergent and collective phenomenon connected to his work in peace keeping. 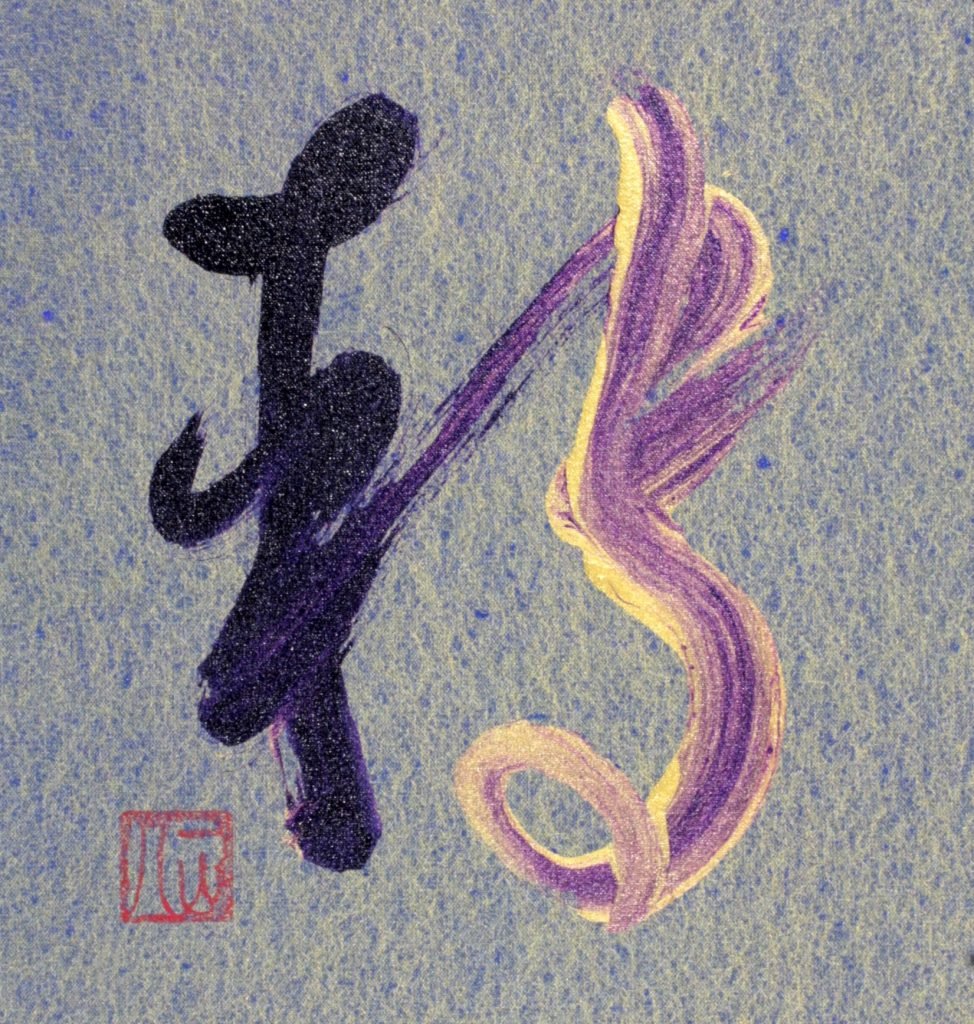